A release trigger is a trigger that fires when you let it go, not when your pull it.  Sounds obvious but scary.  Why on earth would anyone want such a thing.  The answer is a little more complicated.  Many shooters, especially Trap shooters, suffer from a flinch.  For more information see my earlier post – Flinching.

Pulling a trigger is in many ways the opposite to what is natural.  Think about it; when we throw a stone, a ball, a dart or any other object, we release the object to send it on its way to the target.  Using a bow, the weapon the English, and Welsh, were once famed for, the arrow  is fired by releasing.  Logically, firing a gun by releasing is more natural. I used a release myself for many years and found it amazing.  The gun seemed to fire automatically as the target was acquired and it was like firing by thought.  The trigger is pulled to set and held.  When you move to the target you do not have to let the trigger go, just stop pulling it.  The tiny relaxation of the finger muscle is enough to allow the gun to fire and there is no physical movement required. I loved it!

So,  how does a release work.  Take a look at the picture following, showing the internals of a Krieghoff K-80. 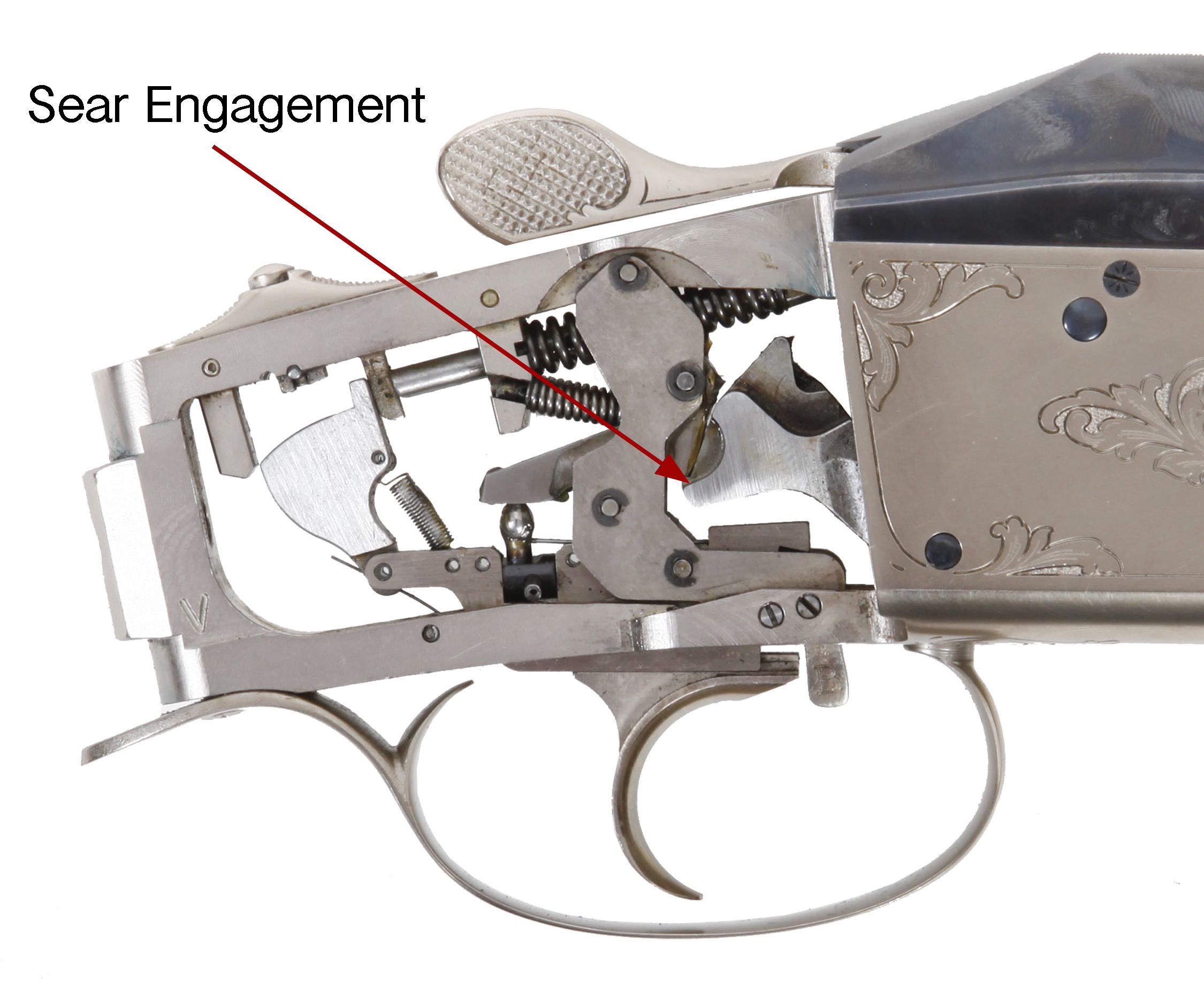 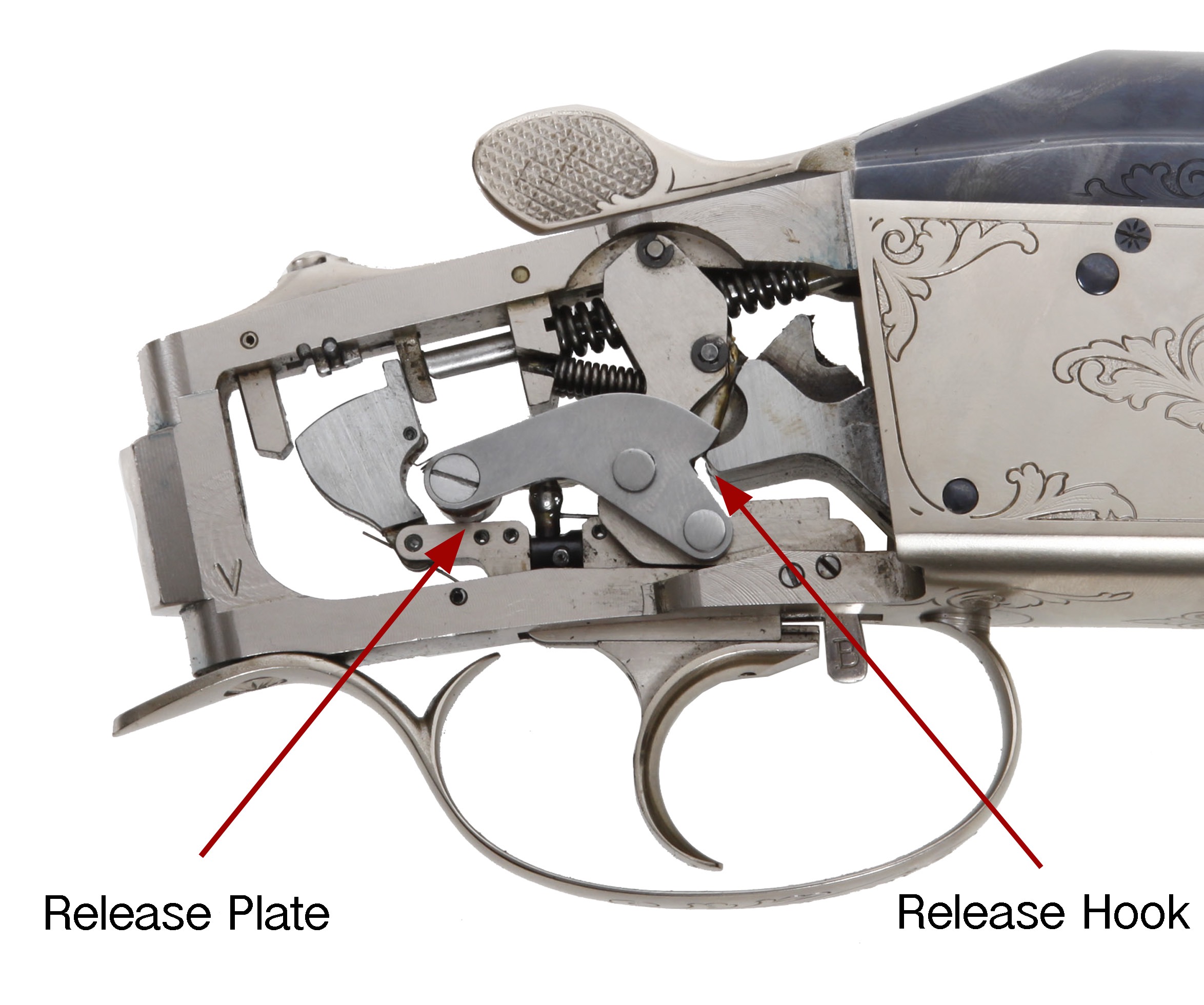 The release works so well that many shooters use it in preference to a Pull trigger, finding that it is smoother to shoot and more consistent in timing.  I cannot argue with that.

Release triggers come in two flavours – Release/Pull, the first barrel fired by releasing the trigger and the second by pulling it, and Release/Release which needs to be set and released for each barrel.  The RP is the most common of the two because most shooters are able to fire the second barrel without problem.

Is a release trigger dangerous?  No more so than any loaded gun.  The trigger is not set until the shooter is ready to fire, at which time it will be pointing down range.  If the gun is accidentally fired, perhaps through cold, wet fingers – it happens, the shot will be down range and no risk to any other shooter.  The French do not allow use of the release in competition  and, with all respect to our French friends, I see no logic in that decision.  Those afflicted by a flinch cannot shoot a normal pull trigger. Prohibiting its use only penalises those who may have had many more years of competitive sport remaining.

We have fitted many release triggers here in the UK and there are many more in use than is commonly thought.  I know of no accident caused by the use of a release trigger here and if there had been I am sure I would have heard about it.  There is the occasional accidental discharge, not as often as there is with a pull trigger but it can happen.  The release trigger is not dangerous, only the person using it and a dangerous shot is dangerous whatever he or she uses.

Theme by Anders Noren — Up ↑